The Phoenix Rises – The Return of Jacklex

A couple of weeks ago I had the pleasure of finally meeting Mark Lodge the new owner of the Jacklex range of 20mm figures.  I had been in touch with him on the phone and by email and it was good to put a face to a name.

We met at Jack’s and had an enjoyable time sitting in his garden and exchanging wargame tales.  However, the real purpose of the meeting was to take the opportunity to go through some of the piles of moulds in Jack’s garage to try find any missing figures or moulds to help complete the Jacklex range.  To Mark’s huge delight not only did we find some moulds but we were able to find some of Jack’s masters for the wagon’s and guns.  These were truly stunning.  When you consider they were made over 50 years ago in plastic the detail on things like the barrels on the Gardiner Gun or the structure of the Wagons was amazing and tell of Jack’s skill as a model maker and craftsman.

What all this hunting around means is that the relaunch of the Jacklex range complete with it’s own website and logo (see below) at the end of September will see the most extensive range of these lovely figures ever. 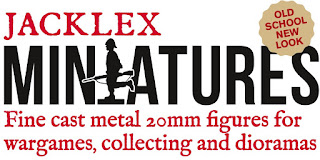 Mark's aim is to try, over time, to fill in some gaps in some of the ranges by producing some conversions/new additions.  To date these include a wheeled machine gun and crew for the Russians in the Russo-Japanese war (or for imaginary struggles with the British on the North-West Frontier), together with a Russian Standard bearer.  In the Boer War series there are Staatsartillerie Pom Pom gun with limber mules and crew and the Pom Pom gun with its field crew.  Mark kindly sent me a set of these figures and but for the cataract that has appeared in my left eye I would have painted them for these pictures.  Unfortunately, I do not think that I can do them justice at the moment tempting though it is to give them a go! 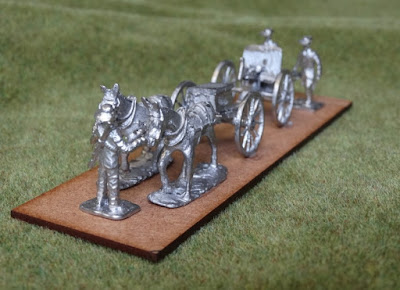 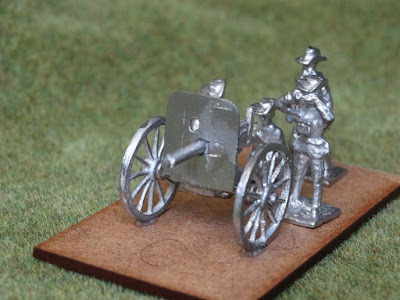 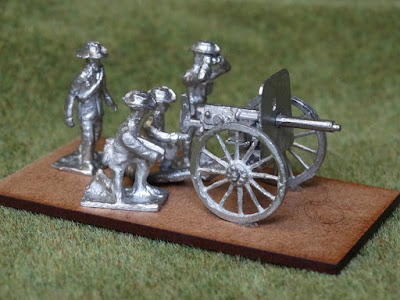 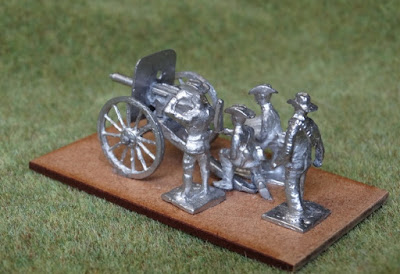 Once upon a time there was a diorama in the  Harrow Model shop of a Pom Pom gun and it's crew.

The prices for these and the standard infantry and cavalry figures is to be confirmed, but I thought I would wet your appetite by showing some pictures.

In case you haven’t come across it, the South African Military History Society have lots of information on their website on the First and Second Boer Wars and later wars, including information on uniforms for the Stastsartillerie http://samilitaryhistory.org