About 8 years ago Bob, Jack and I had a game using Jack’s 1904 Japanese, only we used them as Mexican regulars removing their Japanese flags and substituting Mexican ones.

For the past 8 years or so I have been asking Jack what happened to them as I wanted to take pictures of them for the this blog.  They must be in the loft was the common thought as we had looked everywhere else for them.  Jack even sent his grandson into the distant and dirty recess of his loft to try to find them.  He did find some lovely 54mm British colonials – not Jack’s - and a box containing some masters for wagon’s and guns but alas no Japanese!

Jack uses the conservatory at his home for his model making and it is where we sit and discuss the meaning of life, wargaming and from time to time the missing Japanese. Jack’s daughter decided things should be tided up – particularly the floor which was becoming a little crowded.

Lo and behold, behind some books which were under a glass display cabinet she discovered the Japanese.  Over the years we have all sat next to this cabinet from time to time puzzling over were the figures could be and all the time they were within feet or even inches of our feet!

So I give you Jack’s Jacklex Japanese army.  These were originally available - UPDATE except for the limber teams - but didn’t all make it into the Spenser Smith site but hopefully should be available at some point through the new Jacklex website which launches on 30th September. 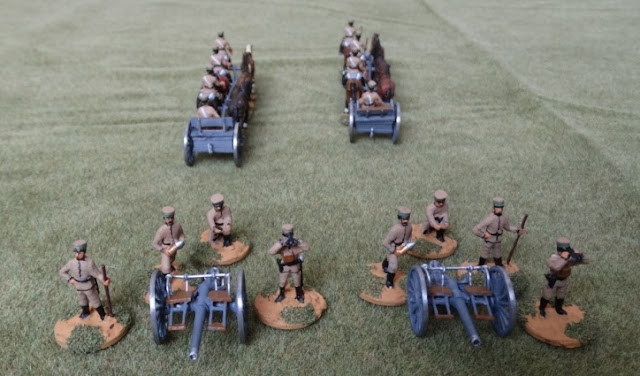 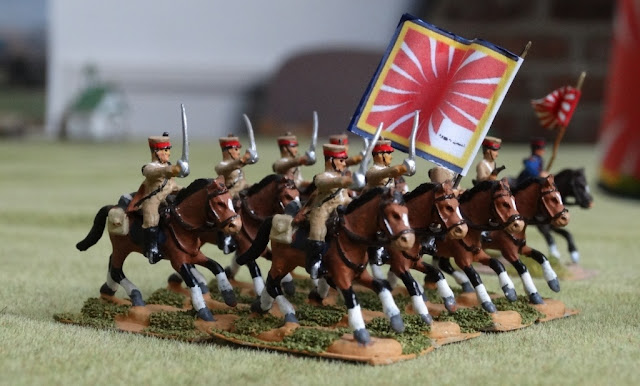 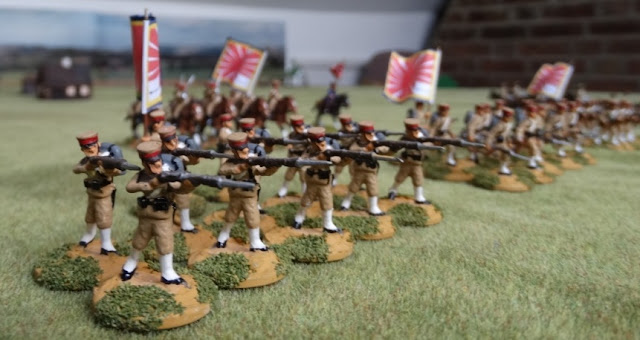 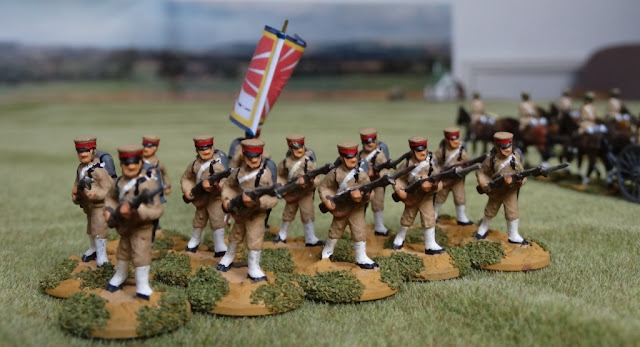 I painted them in Blue uniforms to add a little variety 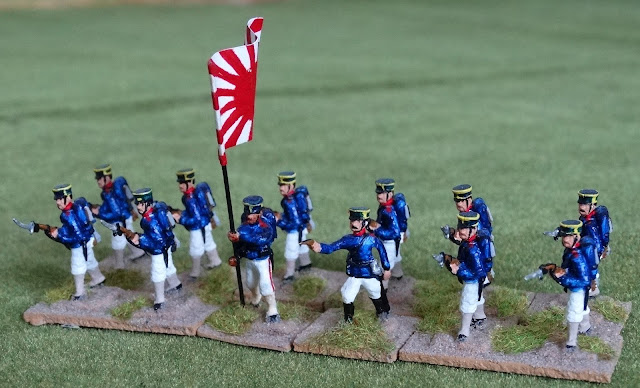 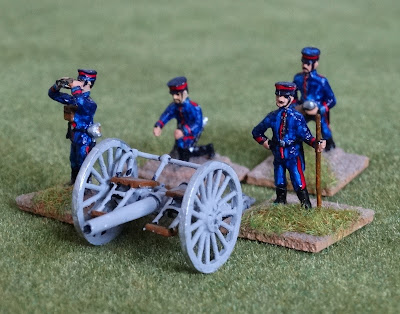 As mentioned in the introduction, the last time these figures were on the gaming table they doubled up as Mexican regulars by changing the flags 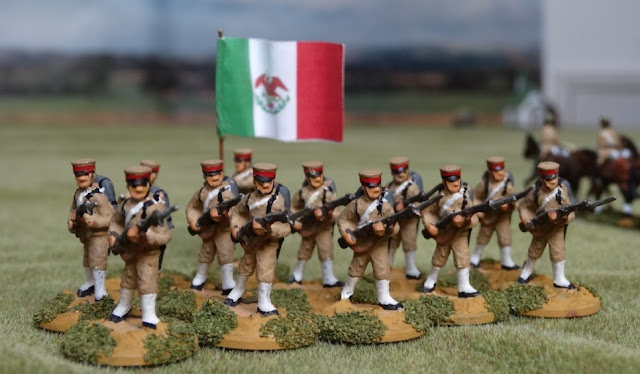